This six page article by Duncan B. Campbell in the Ancient Warfare magazine focusses on Burnswark Hill.

It debates the ongoing discussion of the purpose of this Roman site.

Was the site home to a ‘bloody battle’ or ‘bloodless manoeuvres’?

Campbell lays out the two sides of the debate. He provides evidence from archaeologists and Roman historians to build a picture of the academic argument that has ensued since the site’s first excavations.

He then juxtaposes these modern theories with accounts from ancient Roman writers, such as Vegetius and Josephus. These accounts support the theory that Burnswark was a site of a brutal siege, not a practice ground. For example, there is no evidence in the ancient texts that the lead bullets found at the site were used in army training practices. He is therefore combining archaeological evidence with the ancient sources to build a more holistic picture of the potential use of Burnswark.

Want to find out more… 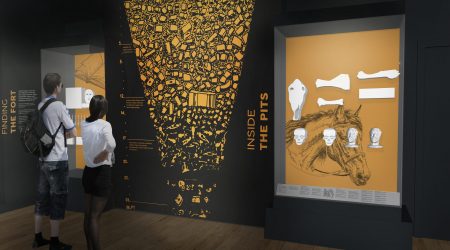 The Pits at Trimontium (Newstead Pits).

A total of 107 pits were uncovered at Newstead and upwards of twenty others were discovered in the railway cutting in 1846. Near the surface…

Bullets, Ballistas, and Burnswark: A Roman Assault on a Hillfort in Scotland 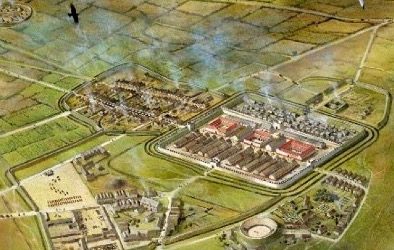 https://www.youtube.com/watch?v=hF73ddqOsgc Drought cropmarks from 2018 show the fort layout in amazing detail In 1846 the construction of a Victorian railway cutting east of Newstead village…